This summer I took some extra time to take a second attempt at imaging the Wolf Rayet nebula in Cygnus, one of my favorite Oxygen targets in the summer sky. This blue shell of oxygen is illuminated by a surge of solar radiation and wind from the WR134 variable star. Most of the oxygen in this area of the Milky Way is soft and dispersed, so I am always intrigued when there are more dynamic factors that push these gases around to form interesting arc-like and circular shapes with sharp edges. As a favorite, I’m sure I’ll be revisiting this region many more times to come.

Would you like to edit the data yourself? The raw masters have been published in the PixInsight Open .XISF format here (523 MB), licensed under Creative Commons Attribution 2.0 Generic (CC BY 2.0)

The RGB data was taken primarily for star color and so has moderately low integration time compared to the narrowband counter parts. To produce the star color image the following steps were done on the with the RGB masters

The strategy for this image was to produce a natural color image of the Wolf Rayet Ring nebula in the RGB spectrum. As such two images were produced and color calibrated, using the HOO and SOO pallets, and then using photometry to color calibrate. The following steps were performed to produce the resulting SHOO image.

Two star masks were created to perform a number of additional tasks in post processing. They were both created using the following steps:

An iterative approach was performed to star reduction that consisted of the following steps:

The resulting SHOO image and the RGB image were then combined to allow the natural star color from the RGB filters to be applied to the stars in the narrowband image. To achieve this the following steps were taken: 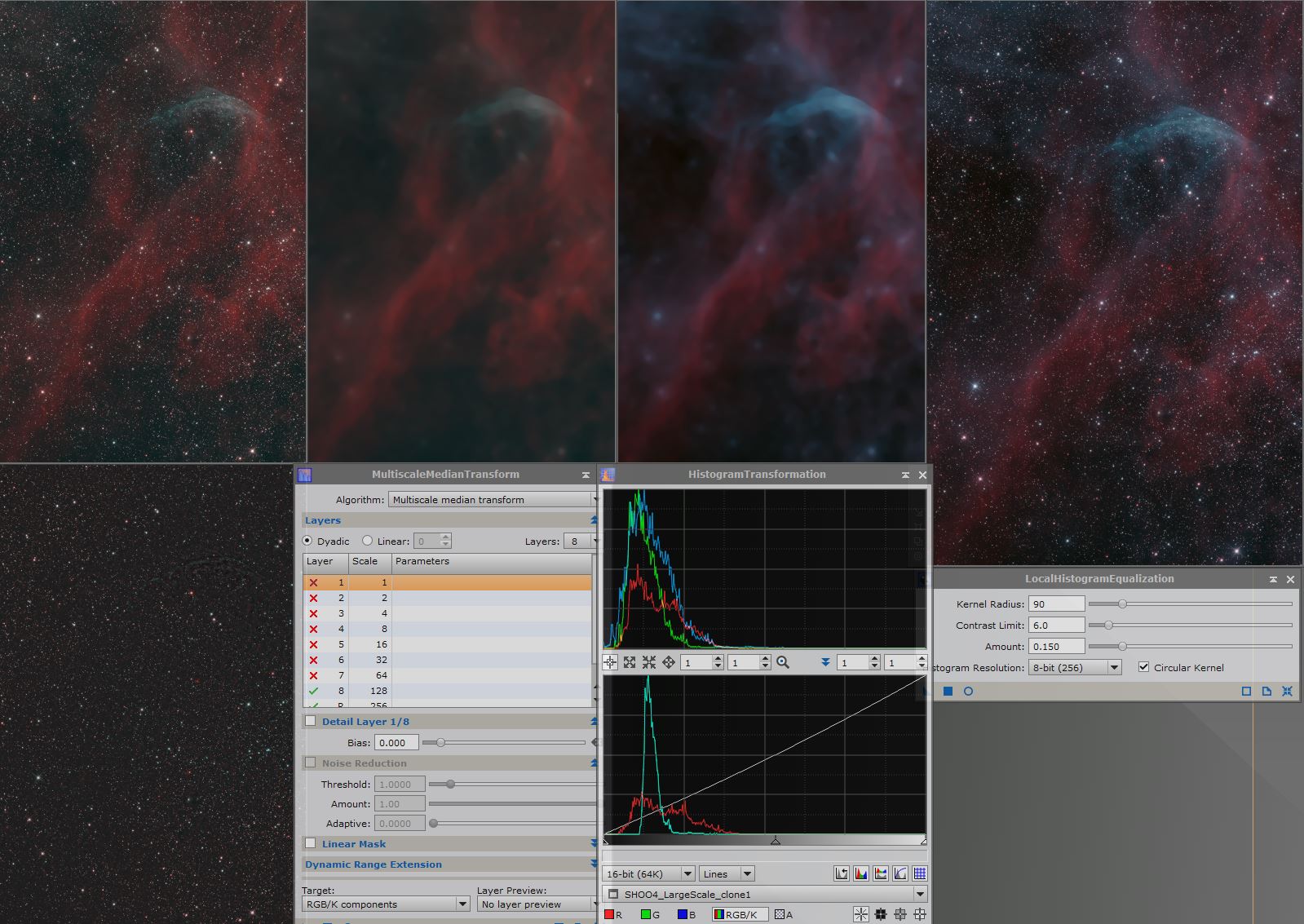 With the resulting SHOO+RGBStars image, some attention was spent to try and better emphasis the dynamics at play between the Sulfur, Hydrogen and Oxygen in the area. To accomplish this the following tasks were performed: