The Hyades Star Cluster has never really fascinated me much until I got into the hobby of deep sky imaging. As a bright set of stars in the night sky it’s commonly known as The Bull from ancient mythology. I didn’t know just how much star forming activity was going on in this region of space until my attention was directed to the Large Dark Molecular complex in taurus, and even then I hadn’t a clue how far it extended across the sky. This picture depicts some of the further reaching arms of that dark series of nebula. Inside it most prominantly is Aldebaran, the giant red-class star, brightest in all of Taurus. To the upper left is NGC1647 a far younger open cluster. On the upper edge in the middle is Hind’s Variable Nebula(NGC1555) and Struve’s Lost Nebula (NGC1554.) Probably my most favorite region of this image is the Sh2-239 reflection nebula sitting in extremely dense molecular cloud LDN1551.
* 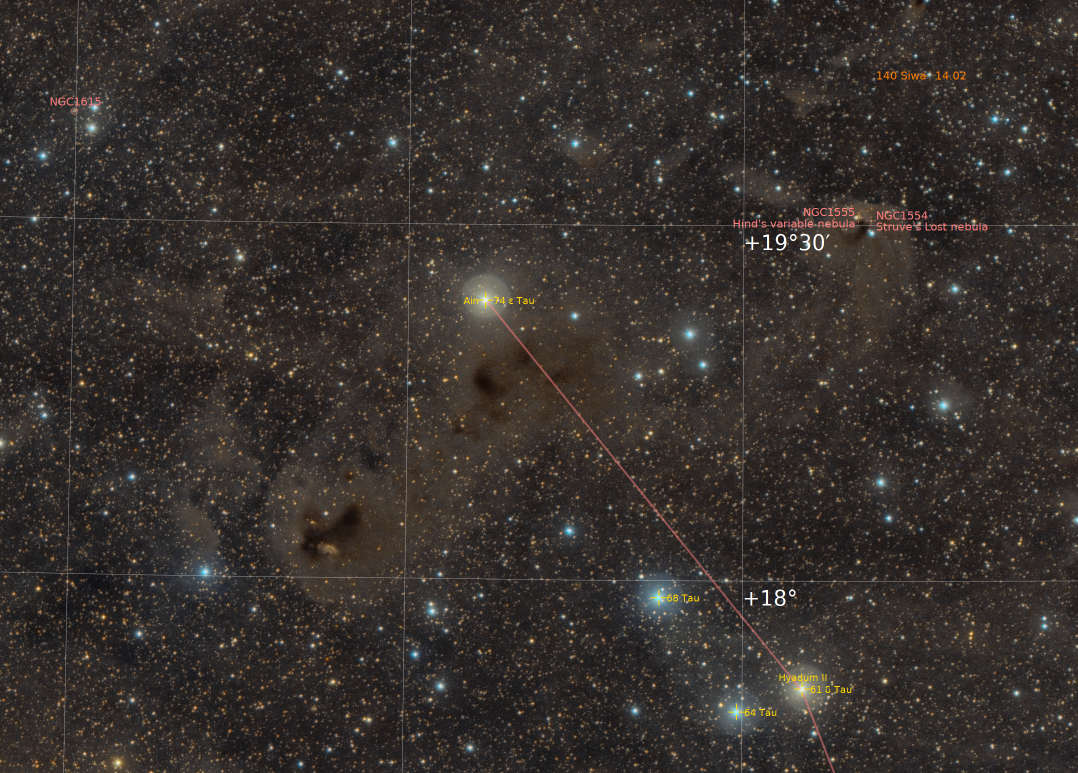