Ursa Major is full of exciting galaxies to see. This image contains a galaxy called NGC3718 (lower center of image) that was likely warped by the smaller barred spiral galaxy NGC3729 (top center of the image). Just to the left of NGC3718 is a chain of 5 distant galaxies commonly known as the Hickson Compact Group 56. Throughout the field are a great many smaller galaxies.

I find myself in awe as I look through the data as the camera brings it in from the telescope in the backyard, and am completely blown away by all the details that can be seen in these galaxies though their light shines from so far away and so long ago. 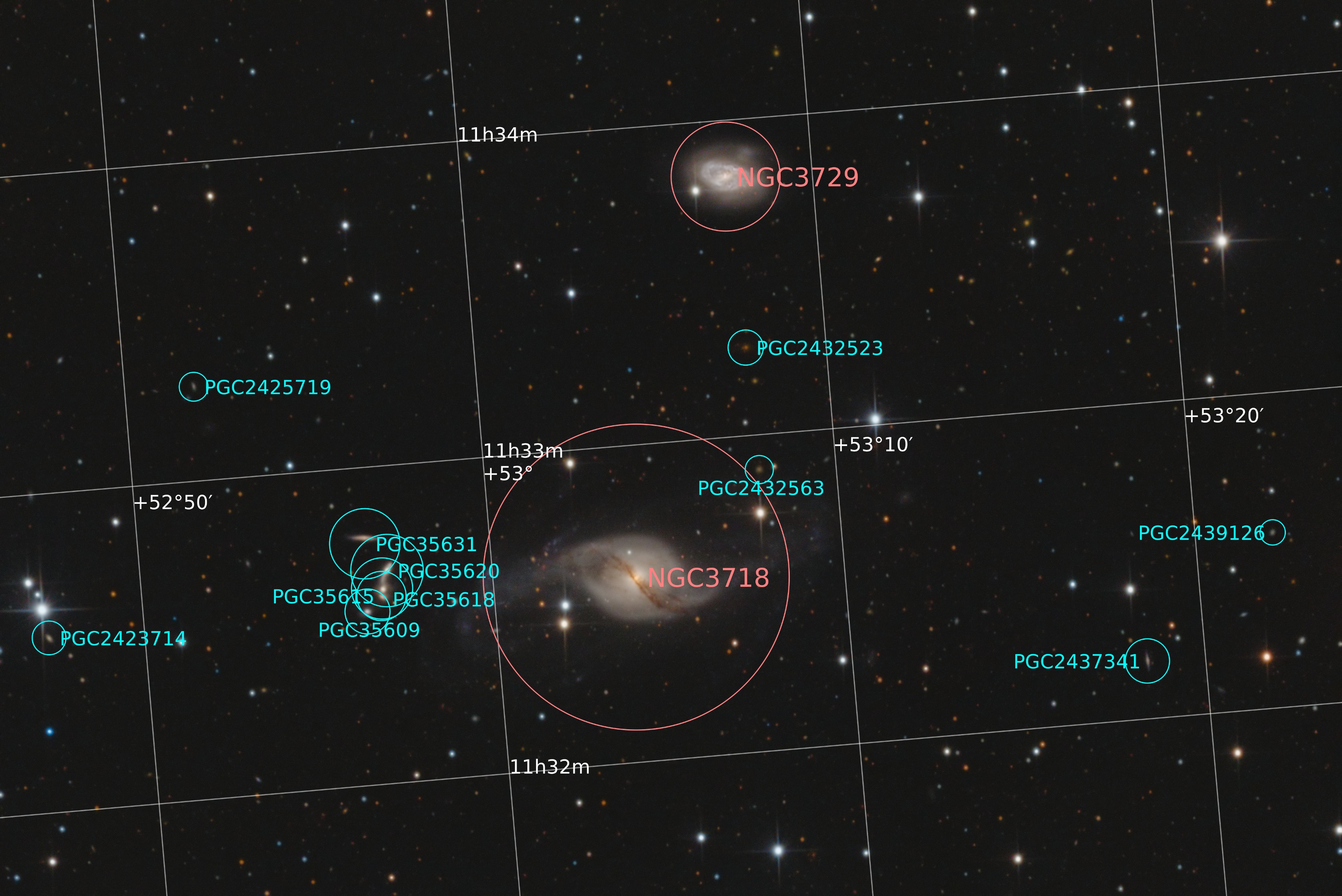