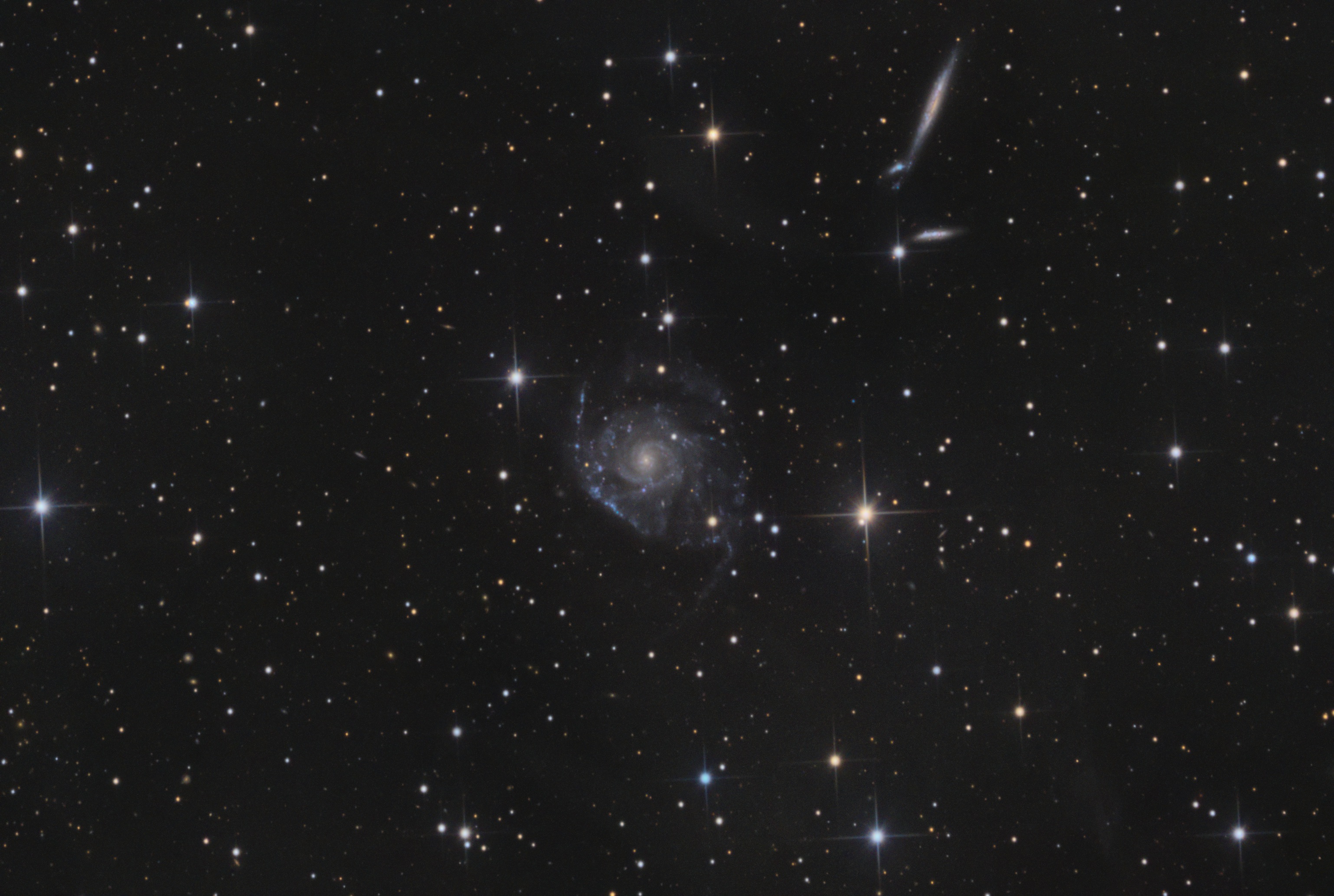 Holmberg 124 is a set of four interacting galaxies that can be found in Ursa Major. Centered in this image is NGC2805. The longest edge-on galaxy is NGC2820 and two smaller nearby galaxies are NGC2814 and IC2458.

NGC2805 is very active with lots of star-forming regions that can be seen particularly throughout the left arm. This activity seems to be recently encouraged by the interactions with the other galaxies in this group.

Faint “whisps” of gases and dust are also visible in the image. This “flux nebula” sits outside of our own Milky Way galaxy but close enough that they are illuminated by the light coming from our galaxy. Sprinkled across this view are also many smaller and more distant galaxy groups. 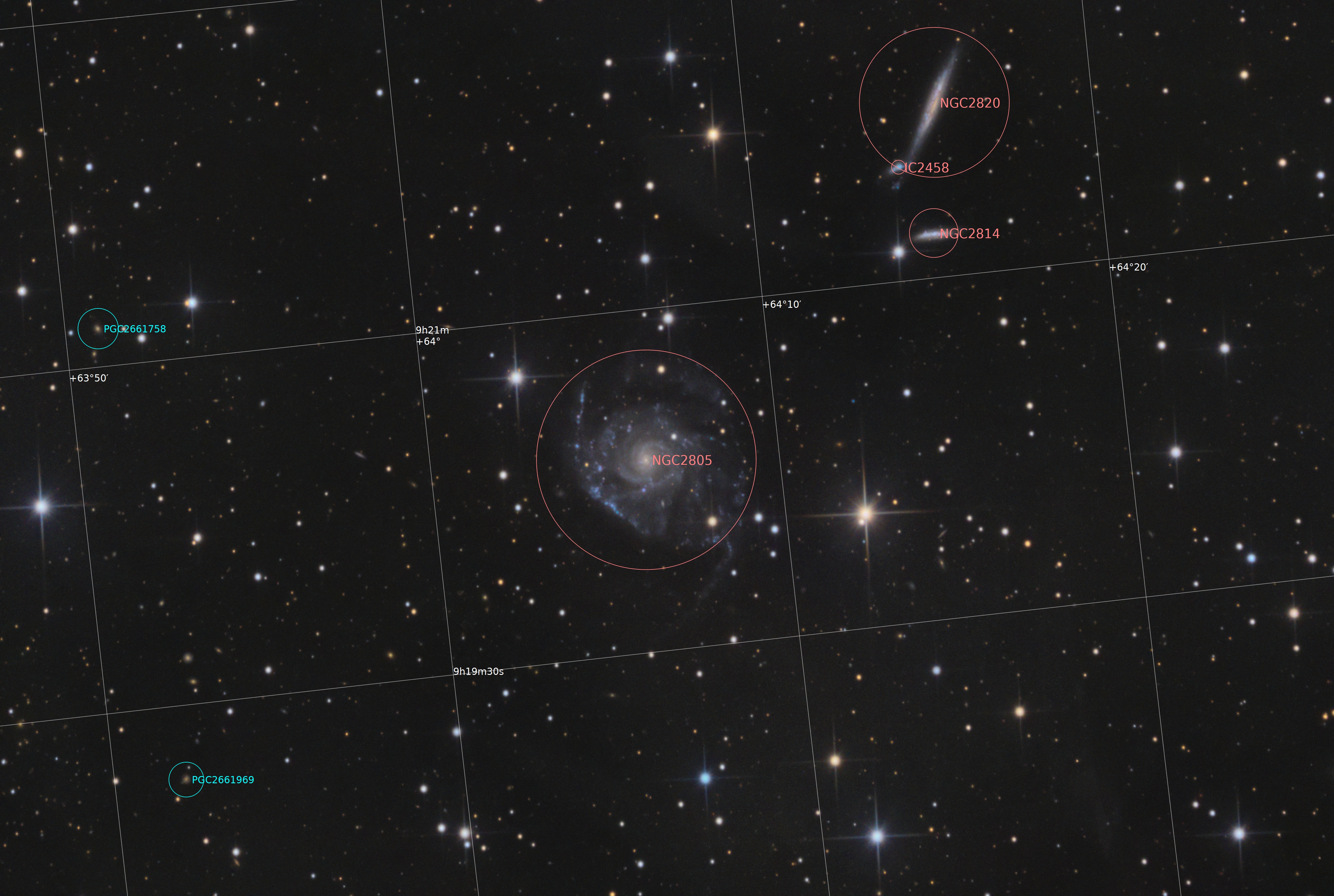 Acquisition: Data was acquired across nine different nights from December 2019 to April 2020 from my backyard (Bortle 4 on the Light Pollution scale)