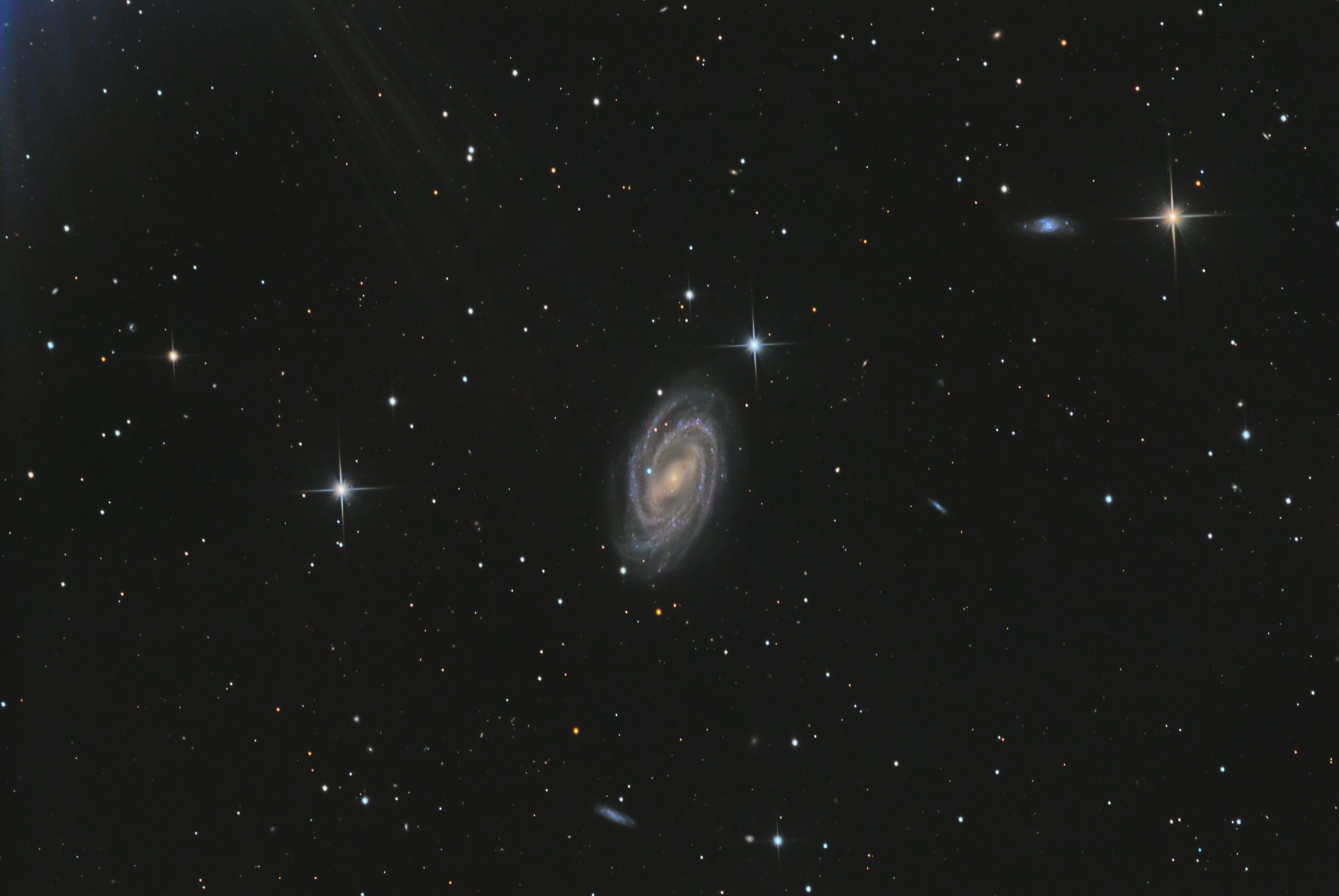 Messier 109 is a Barred Spiral Galaxy that can be spotted next to Phecda, the sixth brightest star in Ursa Major. It’s most notable feature is the long bar going through it’s core that resembles Darth Vader’s Tie Advance star fighter from Star Wars. Nearby in this image are many other more distant galaxies and a few that are satellite galaxies in the M109 Group.

Phecda (outside of frame) is glowing quite brightly from the upper left corner but there can be seen diffraction spikes that just happened to be lined up in such a way that make this image also resemble the Bat Signal or some form of galactic spotlight. :) 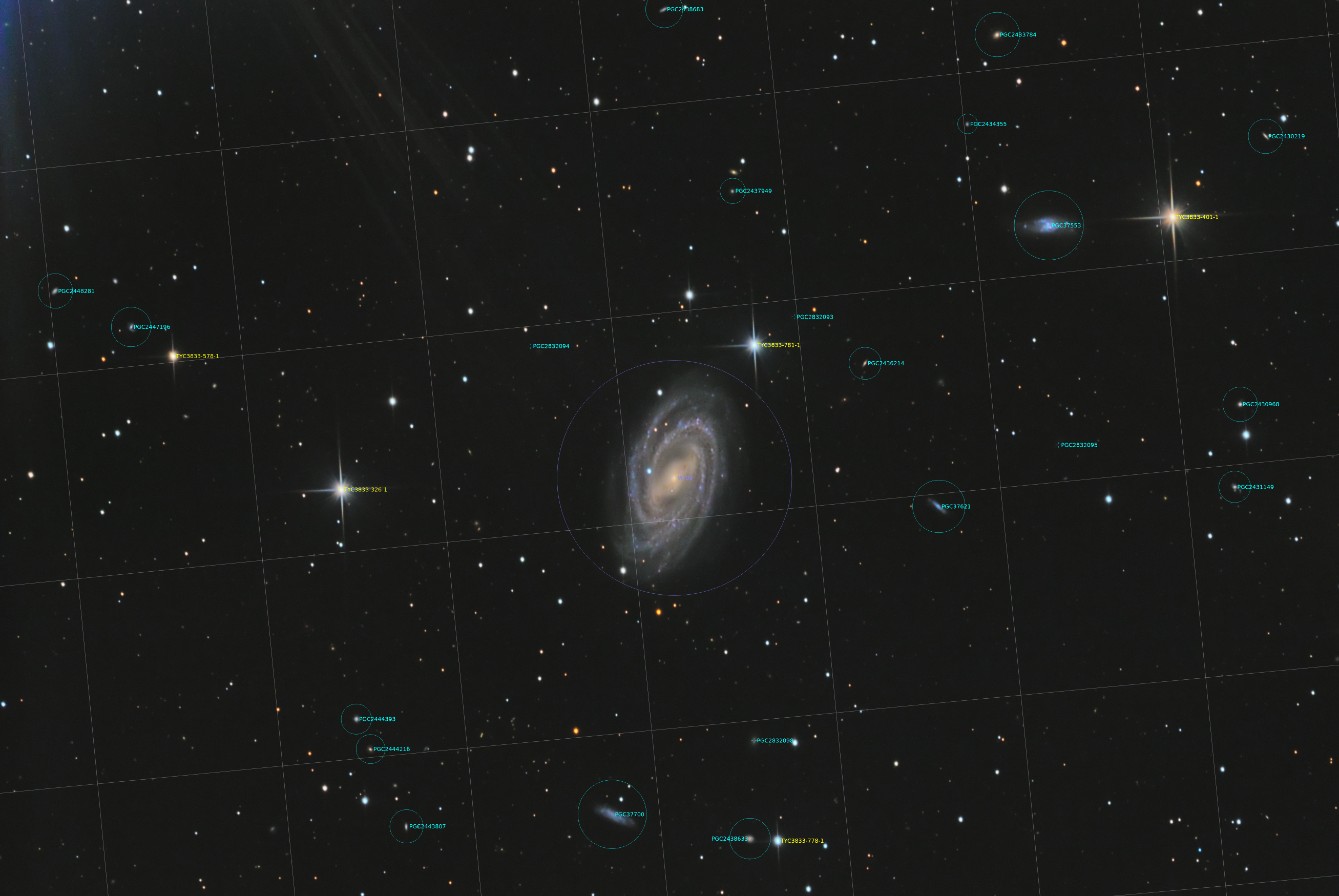