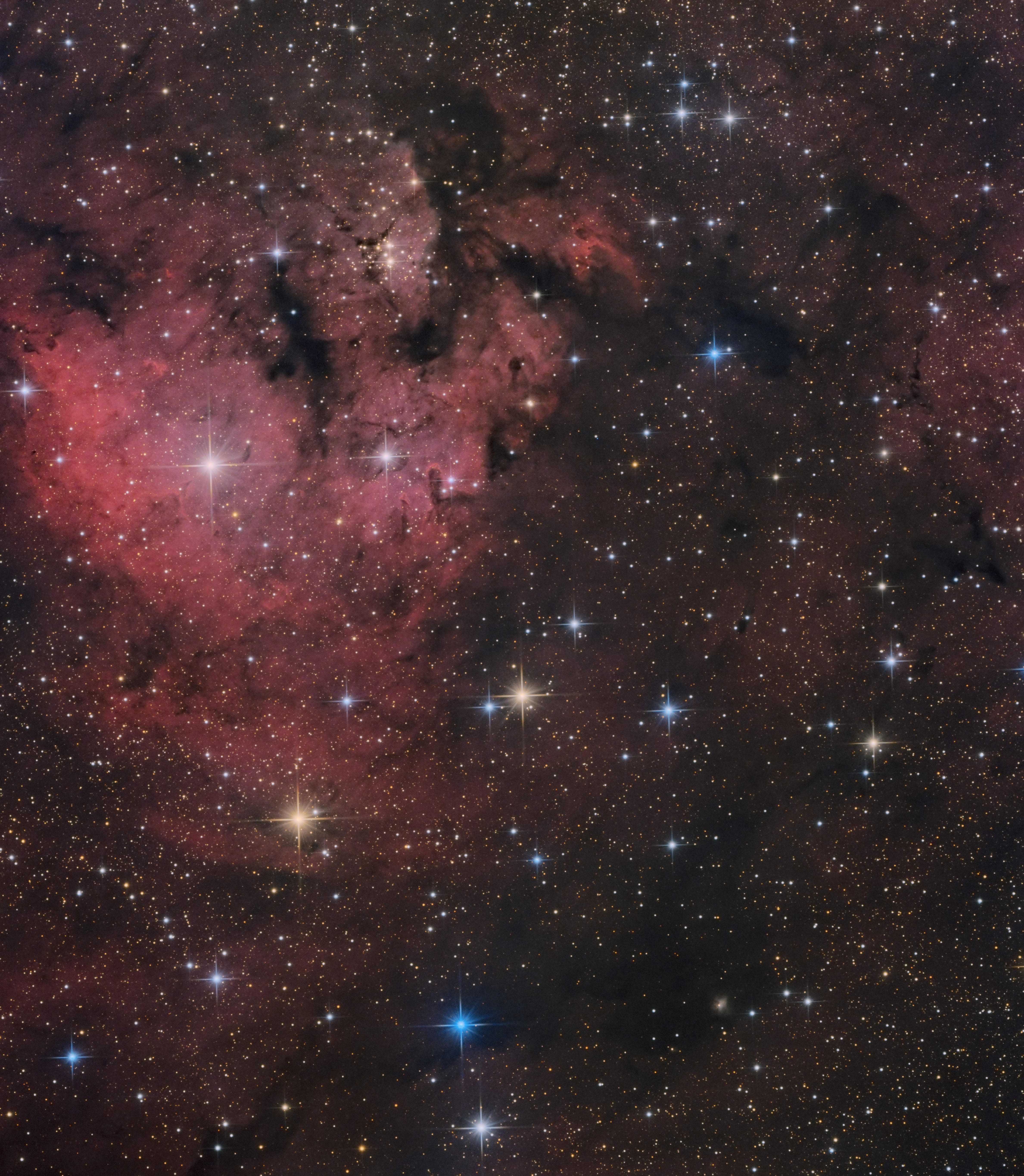 The constellation Cepheus is home to many exciting dark and emission nebula. In this direction of the fall night sky we find ourselves looking perpendicular into the spiraling arm of the Milky Way galaxy where our sun resides. This is a photo of a bright star forming region designated Ced-214 (also known as NGC 7822.) Here one can see all of the hydrogen gases in red amongst dense rivers of molecular clouds.

Amongst the large dark shell of dust, a small reflection nebula can be found in the lower right corner (designation GN 23.56.1) 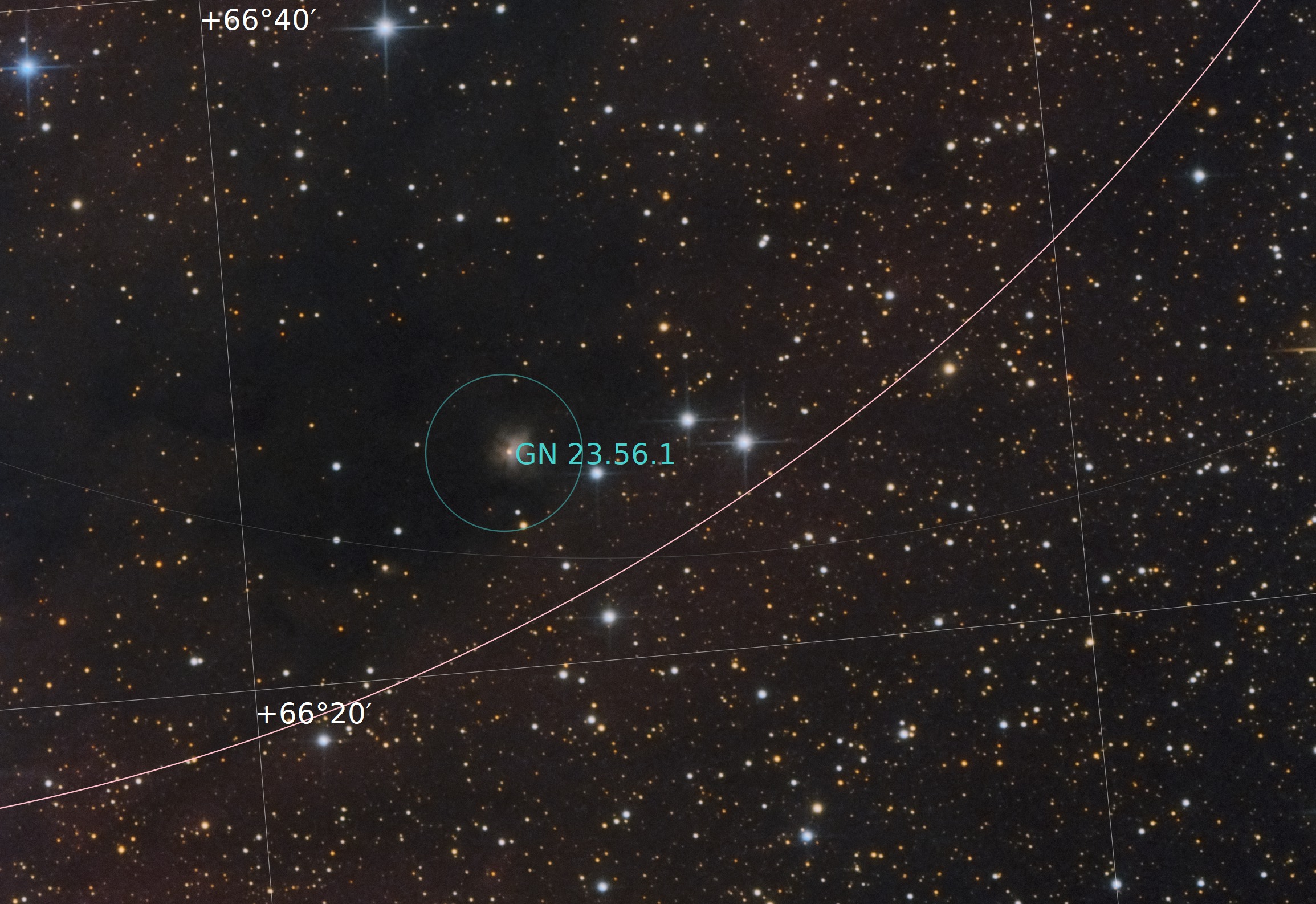 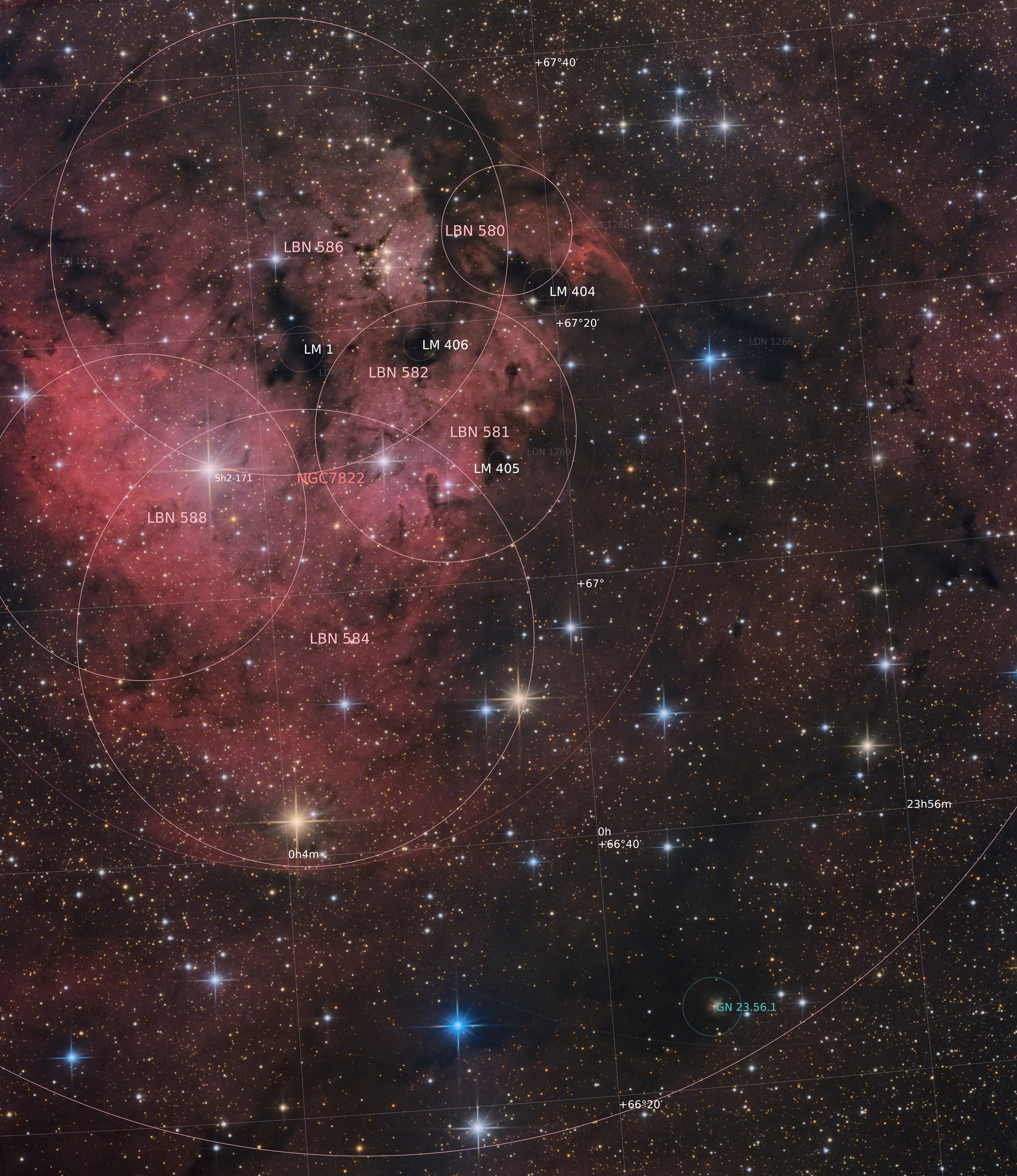 OSC Data was acquired using a combination of 2m, 3m and 4min exposures:

The 135mm Narrowband Ha Widefield Image was Stacked using an equivalent pre-processing workflow as above and then:

The widefield Ha data was used to boost both the synthetic luminance and red channel data using the following technique: